Warning: This article contains targeted generalisations about regulators, bureaucrats, judges, trade unionists and other groups of people. While I accept that there are bright exceptions in each group of these people, I find them unfortunately negligible.

I am a “child of fortune” because the field I have been professionally and long-term involved in (penetration testing, ethical hacking) is not (yet) regulated in any way. There are methodologies (best-practices) that most reputable companies follow, and most people in this field don’t miss the need for government regulations (although of course there are exceptions). If some Slovak state official decided to regulate this area, I would look for either some corporatist pressure to usurp this kind of business in Slovakia or just a simple bureaucratic ego trip by an insignificant and incompetent bureaucrat who suddenly wants to be important. In any case, I would not respect these attempts at state regulation of my industry and would very likely move this business out of Slovakia to a freer country. Just like my crypto buddies did with the Bitcoin ATM business in Slovakia:

The time has come when we have had to make a serious decision after 7 years of our Bitcoin vending machine business. Legislation and the pressure of regulators on banks have, unfortunately, pushed us to a state where it no longer makes economic sense for us to continue our work. The cost of the operation, thanks to inflation and Covid measures, the closure of the centers certainly helped.

How can the EU approve completely nonsensical regulations?

After reading Ernest Urtasun’s status about the upcoming “travel rule” legislation (in which, among other things, the EU is going to regulate “unhosted wallets”, which I can’t technically imagine at all), I started wondering again how it is possible that there is someone who has real power and can invent, push and approve such nonsense and start to enforce it across such a huge territory as the EU.

The explanation is unfortunately simple:

Cryptocurrency regulators are especially concerned (and not only European ones, but also Slovak ones), who if they had a better idea how decentralized cryptocurrencies and exchanges work, how trivial it is to circumvent the regulations in question, and what a dangerous competence disadvantage the EU/Slovakia can cause in the modern crypto world, they would give it a miss (How crypto pioneers became crypto refugees – how the state in the Czech Republic and Slovakia killed crypto).

In the past, whenever there was someone clever and productive (inventor, entrepreneur), a group of “the less clever” always formed around him or her, who always had “something to say” about his or her discovery (the first “controllers”, the first “regulators”, the first “unions”), who usurped by law or otherwise their “legislative” importance.

If penetration testing were to be regulated in Slovakia, I am convinced that it will be regulated by the most incompetent in the field (those who are capable will get excellent jobs as top ethical hackers or start successful IT security companies).

Of course it is no different in the crypto industry. If you are really into cryptocurrencies, you are a Bitcoin “core developer”, creating some cool crypto wallet, decentralized exchange or smart-contract project. You’re simply figuring out how to make the world a better place through decentralized technologies.

If, on the other hand, you are one of the more incompetent ones and you can’t move the crypto world forward with your work and knowledge (but you like power and you want to be important), then you become a crypto regulator.

Really, have you ever heard of Slovak crypto regulators? Do you know their crypto projects, their activity and their reputation in the Czech-Slovak crypto community? No? That’s right – it’s because they are incompetent dilettantes – because if they really saw into crypto technologies, they would be behind successful crypto projects and they would actually move the crypto world forward (at the moment, they can only “boast” of creating probably the worst crypto legislation in the world).

It works similarly with other industries. For example, “law” in Slovakia. If you are a smart lawyer, you start your own law firm or get a job in an international corporation and work on international projects. If you are incompetent, conservative, you usually stay frozen in the public sphere. It is no coincidence that we have judges in Slovakia with a 15th century mentality who put paedophiles who abuse young children on probation, ultra-corrupt politicians and civil servants who are patronizingly put on Section 363 (which grants the prosecutor general the power to halt a criminal prosecution), and conversely people who are jailed for 20 years for possession and cultivation of marijuana. It’s a long term regressive process in which all the smart liberal lawyers leave the state and the biggest retarded conservative people stay there instead. Slovakia also remains conservative because a huge number of liberal-minded people (including me, unfortunately) have already left or are in the process of leaving (and don’t want to return to the collective of retarded conservative people). And they often go abroad (to Prague, for example). Quiz question – “try asking Slovaks living in Prague what they think about Slovak drug policy or the political influence of the Catholic Church in Slovakia?”

Yes, it is possible that there are “bright exceptions” in Slovak courts, police and authorities trying to change for the better. But these people clearly have a problem with their internal consistency as they continue to work for an institution whose top judges let criminals go free and send innocent people to prison for 20 years for pot.

Personally, I consider it not only immoral to work for this criminal institution, but to contribute to it with taxes (regardless of my anarchist view that “taxes are theft”).

Another fine example is the “trade unionists” who are also clearly more incompetent than entrepreneurs. I mean, if they were capable, they’d be innovative, starting and running successful businesses. Okay – not everyone can start a business. In this case, they can become successful “do-it-yourself” craftsmen or top-notch employees who will always choose their employers (and union activism won’t make any sense to them). If they bitch about bad corporations and are incapable of starting one, at least they can make money by buying (and selling) their stock:

By the way, if anyone feels that big corporations have excessive profits and should share them with the people, capitalism has a simple answer for that – stocks and dividends. Today, anyone can open an account with a broker and buy shares in Enel, MOL, VW-nu and many others in no time and enjoy their profits if they really believe their financial results are fantastic.
Martin Vlachynsky: Crunchy excess profits

But since most trade unionists can’t manage any of this, they are left with nothing else – only the position of regulators and controllers.

I have been travelling the world “fulltime” for the last 7 years. I have visited more than 100 countries around the world. One of the most interesting and beautiful things about travelling is that you start to realise that the regulations and laws you were used to simply don’t exist in another country and nobody misses them (for which, for example, in Slovakia you get a fine at best and end up in jail at worst). For example, you realize:

I find it absolutely ridiculous that in the USA, where you can legally buy weed in any “dispensary” (even magical mushrooms in Denver), the American singer R.Kelly gets 30 years hard time for sexual abuse. And in Slovakia, where they send people to prison for up to 20 years for possession and cultivation of pot, a Catholic priest gets probation for sexual abuse of minors. Something is really wrong and it’s not working.

The straightforward and clear regulations and laws that were supposed to ensure a fair society and its growth are literally destroying it. I met a Chinese steel wholesaler in Panama a year ago who told me that Europe was no longer an interesting continent for him – too over-regulated, with complicated customs restrictions, so he was exporting steel to other continents. I found it incredible for a businessman to refer to Europe as an uninteresting continent. Unfortunately, thanks to the EU, Europe is realistically being relegated to the position of an incompetent continent. In a situation where we are facing massive inflation and the threat of low-income groups literally having nothing to eat, the EU is addressing the regulation of USB-C connectors. In a situation where the productivity of all Europeans needs to be boosted as much as possible, they are being burdened with absurd environmental regulations (for example, the latest The German Packaging Act). In a situation where we need a quick and easy transfer of value, for which cryptocurrencies are ideal, the EU is literally wiping them out with regulations.

Those who do not leave the country will leave the system

Criminalizing drugs never meant that people stopped using drugs. Friends who used to smoke pot and didn’t want to get in trouble with the state moved to the Netherlands or at least to the Czech Republic, where they didn’t face draconian punishments like in Slovakia. If they stayed in Slovakia, they found their trusted dealer and smoked pot anonymously so that nobody would know about it and nothing bad would happen to them. They went underground.

And not only in Slovakia, but throughout the EU.

If the bureaucrat thinks that people will start voluntarily reporting their crypto transactions, revealing their identities through the KYC process, or admitting taxes on their cryptocurrencies, he’s sorely mistaken. I daresay that even though most people are not anarchists, most of them simply won’t do it (ironically GDPR doesn’t protect them in any way in this regard).

They can in fact use the world’s many non-KYC exchanges, or private Signal or Threema groups, where people trade cryptocurrencies freely and without KYC (and government oversight). New opensource peer-to-peer exchange projects (like vexl.it) are currently growing like mushrooms after the rain.

With every regulation, more and more people go underground, to the old “vexl” days when the Bolsheviks forbade people to trade freely. The current Bolshevik, while not forbidding it, is so intrusive with regulations into the privacy of the people themselves that it makes cryptocurrencies significantly less attractive for legal use.

Meaningless and pervasive regulations may have the effect of starting an underground insurance business against the state that has not made economic sense until now. I have addressed this issue in the past in my articles The rise of anonymous crypto insurance and Anonymous insurance and prediction markets.

Laws and regulations in various fields usually come from the most incompetent, who are usually incapable of asserting themselves in the field. Or it may be corporatist pressure from a narrow group of people who are trying to build a business on the regulation or protect an existing business (e.g. “traditional banking”). Or a combination of all these factors.

We really don’t need most regulations and laws – try to find a country in the world where a given regulation or law doesn’t exist, and you will often be surprised to find that nobody there needs it either.

And not only do we not need regulations, but they are also very dangerous – at best they kill the productive time and lives of millions of people. At worse, they create more victimless crimes (which don’t exist in other countries!) and, by consequent criminalisation, put hundreds of thousands of innocent people in society at risk (crypto users will soon be added to the at-risk drug users in the EU).

A large number of crypto users who will not leave the EU, they will just go underground. Where they will continue to trade freely in trusted communities. Just like it happens in any other totalitarian country. 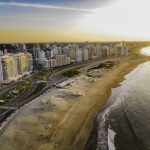