“Urugua” means “river snail” in the indigenous Guaraní language. “Y” means water. “Uru” means any wild bird, and “Ruguái” means “tail.” No one knows exactly (not even the Uruguayans themselves) whether Uruguay means “water of river snails” or “tail of birds” because of the Uruguay River, which spreads across the country like a giant bird’s tail. Unlike Paraguay, no one in Uruguay speaks Guaraní anymore, and the only active language in Uruguay is Spanish.

The official motto of Uruguay is “Libertad o Muerte” (Freedom or Death), and the whole country has been built on this slogan. Indeed, Uruguay is one of the freest countries globally (according to Freedom House, it has a score of 97/100). LGBT marriages or prostitution are legalized here. In 2013, Uruguay was the first country to legalize marijuana. When I asked local Uruguayans when did they decriminalize all other drugs, their answer gave me pause: “we never banned any drugs for personal consumption, so we didn’t have to decriminalize anything.” 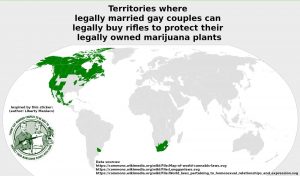 Uruguay is the only Latin American country where legally married homosexuals can use legal guns to protect their legal marijuana fields.

Uruguay resembles the Netherlands in its liberality and even in its architecture (and prices). A decent country where almost anything goes.
Uruguay (like Paraguay) is one of the safest countries in Latin America. It was formed by breaking away from Argentina (it has a close fraternal relationship with Argentina, sort of like the Czech Republic and Slovakia). Because it is the most developed country in Latin America, it is also commonly referred to as Latin American Switzerland. Uruguay is even a better armed civilian country than Switzerland (the 8th best-armed country globally and the best armed in Latin America). 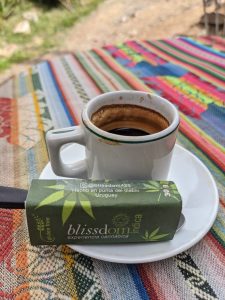 Cannabis chocolate with a high THC content can only have with your coffee in Uruguay.

Uruguay is a country where there is a very strong middle class and a very peaceful life by Latin American standards.

Uruguay is an ideal destination if you have foreign income (from your savings or cryptocurrencies) that you no longer need to tax in Uruguay. That’s why Uruguay has become a haven for a vast number of Argentine programmers and IT people who have moved to Uruguay because of this.

Is Uruguay or Paraguay better for me?

Uruguay, like Paraguay, has excellent territorial taxation, so as a tax resident, you only pay tax on local (not global) income.

It means 0% tax on crypto, foreign company dividends, and any foreign income per individual.

The critical difference is that in Uruguay, unlike in Paraguay, you don’t automatically get tax residency with permanent residency (in fact, in Paraguay, we register you with the tax office as soon as you get your Paraguayan national ID and you become a Paraguayan tax resident right away).

However, you only get tax residency in Uruguay when you live there for at least six months a year or make a significant investment there (approx USD 380k in real estate or approx USD 1.5M in an Uruguayan business).

If you are a digital nomad and don’t plan to live in Uruguay most of the time realistically, then Paraguay is better suited for permanent and tax residency.

Conversely, if you’re fleeing war and want a stable place for your family to lay your head for a few months or years, then Uruguay is the perfect place.

The immigration process in Uruguay

Obtaining permanent residency in Uruguay is preceded by a temporary stay of 2 years. The Uruguayan immigration office verifies your “intention” to live in the country at a random interval. If you leave just then, your application for permanent residency may be rejected as you are not there. Therefore, it is recommended to live in Uruguay for most of the first two years. However, during this time, you will have a standard “cedula” (Uruguayan national ID) on which you will be able to function normally (open an account in an Uruguayan bank or visit neighboring Mercosur countries). Of course, if you don’t get accepted for the first two years in Uruguay and your application for permanent residency is rejected, you can reapply for a new temporary residence for another two years.

To obtain temporary and later permanent residence in Uruguay, you will need the following documents from your home country:

You will need to make an appointment with the Uruguayan immigration office at least three months in advance to get an appointment (we will fully arrange this for you).
Upon arrival in Uruguay, you still need to obtain the so-called “Carnet de Salud,” a certificate of your health (we will direct you to the nearest private health clinic, where they will take your blood and issue this certificate in 15 minutes).

As soon as you obtain temporary residency in Uruguay, you should realistically live in the country most of the time for the next two years. If you manage to do this, you will get permanent residency in another two years (you need to submit a new criminal record certificate at this time). If you fail, that’s fine – you can apply for another temporary residence permit for another two years.

Is Uruguay a suitable destination for me?

If you’re a parent, Punta del Este (Uruguay’s beach resort) is probably one of the best places in the world to raise children. 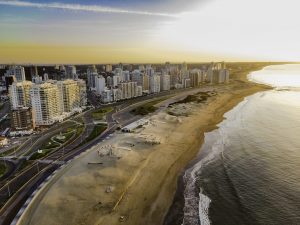 If you’re fleeing war or looking for a quiet and very liberal place to live a modern European-style life, Uruguay is a promised land for you.
On the other hand, if you’re a digital nomad and need to move constantly, then Paraguayan permanent residency is more suitable and flexible for you. 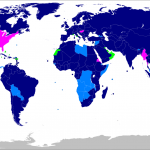