The author of the excellent book The Offshore Road To Riches has been devoted to offshore business and perpetual traveling (PT) all his life (he wrote the above book in retirement, summarizing his entire 50 years of experience).

In the situation that we have:

the author of the above book asks why in the 21st century we ever allow local regulators to jump on our heads, spy on our financial privacy and why we ever accept sacrifing of half of our income for which we do not receive an adequate services from the state.

And I join the author in asking why? 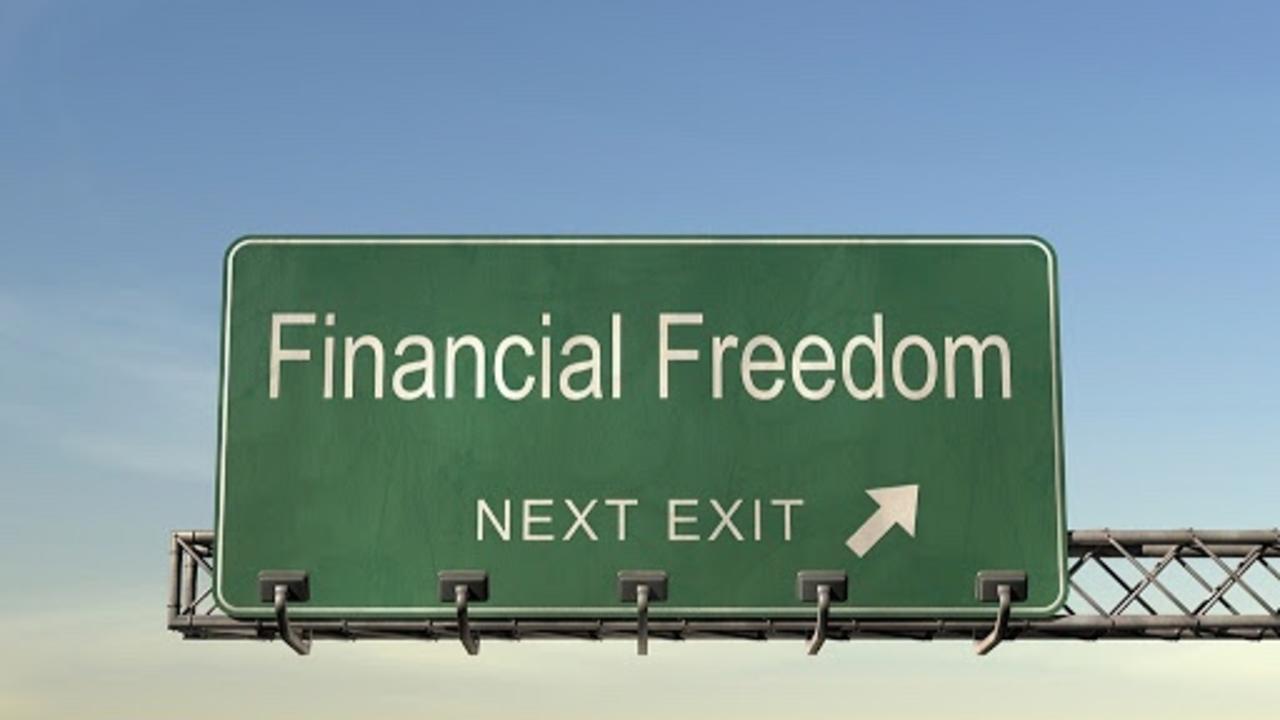 Internet entrepreneurs have a choice. And they certainly should use it

It is not well enough understood by the state (and unfortunately not well enough understood by Internet entrepreneurs) that the Internet is a global medium and it is the Internet entrepreneur who can choose in which country to have a business, a bank account, and where ultimately to pay taxes.
The Union of European Socialist Republics is a tax-regulatory hell and it is usually the worst place to set up and run an internet business and pay taxes.
I would point out here that we are talking about a situation where the internet company in question does not have an office or any obligations in that country, and it is not demonstrable that the actual performance of the value added/work is in that country.
In this case, it is absurd for the internet company in question to be established and operating in, say, Slovakia (especially if its clients don’t explicitly require it to be a Slovak legal entity), where there is an insane tax burden and a lot of nonsensical regulations (you usually only figure this out after you do business elsewhere, ideally outside the EU).
In the Czech Republic the situation is a bit better, as there is currently a favourable program for sole traders doing business in the Czech Republic, who pay only a fixed lump sum of about 70 000 CZK for income up to a million CZK and all taxes and levies are included (effective tax is therefore 7%). However, this advantageous program is only for small entrepreneurs with income up to CZK 1 million.

No, neither Estonia nor Portugal is significantly better off

Estonia is famous for its Estonian tax model – only distributed profits are taxed. So you are able to reduce your tax base by any expense in the future – you don’t have to spend all the company’s money at the end of the year to reduce your tax base as much as possible to pay the minimum amount of taxes.
But the Estonian tax model (“taxation on distributed profit”) is also implemented in other countries. For example, in Georgia, where, unlike in Estonia, you pay only 15% tax on the profit you want to pay out (in Estonia it’s 20%). At the same time, Georgia has signed double taxation treaties with practically all EU countries, so doing business in the EU with a Georgian company should be no problem.
At the same time, Georgia has great conditions if you do business as a Georgian company / Georgian tax resident abroad – on the volume up to 153 000 USD per year, you pay only 1% tax on turnover, on the volume above 153 000 USD per year it is 3% of turnover.
Portugal is not the best country for crypto people either (as unfortunately many crypto people dreamed it to be). The program for “Non-Habitual” residents is only temporary and there is no territorial taxation, so you normally have to pay taxes on most foreign income, and the 0% crypto tax only applies to one-off withdrawals, not more regular crypto trading (which you normally have to pay taxes on). Of course to do this you have to realistically live in Portugal most of the time or live nowhere else for more than 6 months a year.

El Salvador’s president announced a few days ago that El Salvador is starting to accept Bitcoin – becoming an officially accepted payment in public procurement. Crypto barons are being lured to El Salvador for zero capital taxes on Bitcoin, zero property taxes, and instant permanent residency for crypto entrepreneurs. Despite claims that crime has plummeted in El Salvador over the past few months, it hasn’t yet shown up in the official statistics available, and it’s still the country with the highest murder rate per capita in the world. 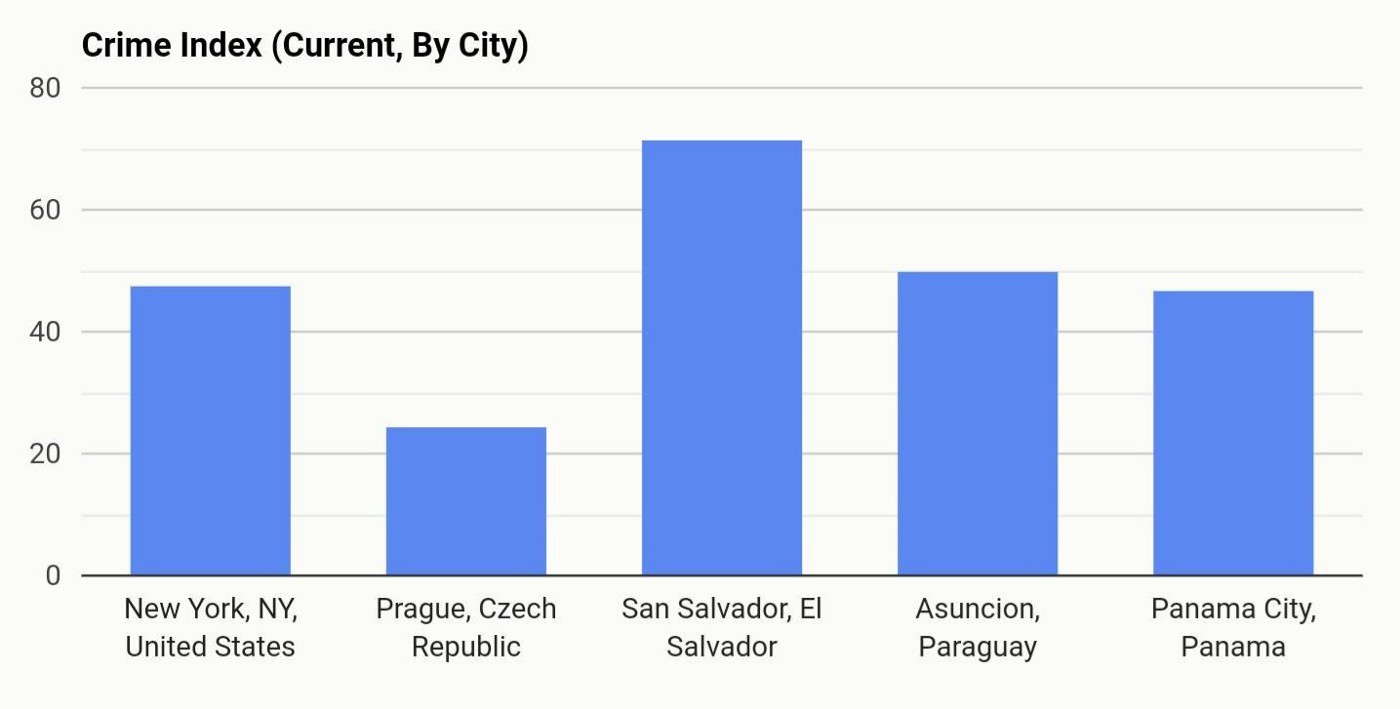 Until the crime statistics in El Salvador improve in real terms, I certainly do not recommend that crypto entrepreneurs and investors travel to this country.
The other big problem with El Salvador is that even though it used to be a territorial tax country, it is currently not and as long as you become a tax resident of El Salvador, you have to pay taxes on your foreign income there normally. 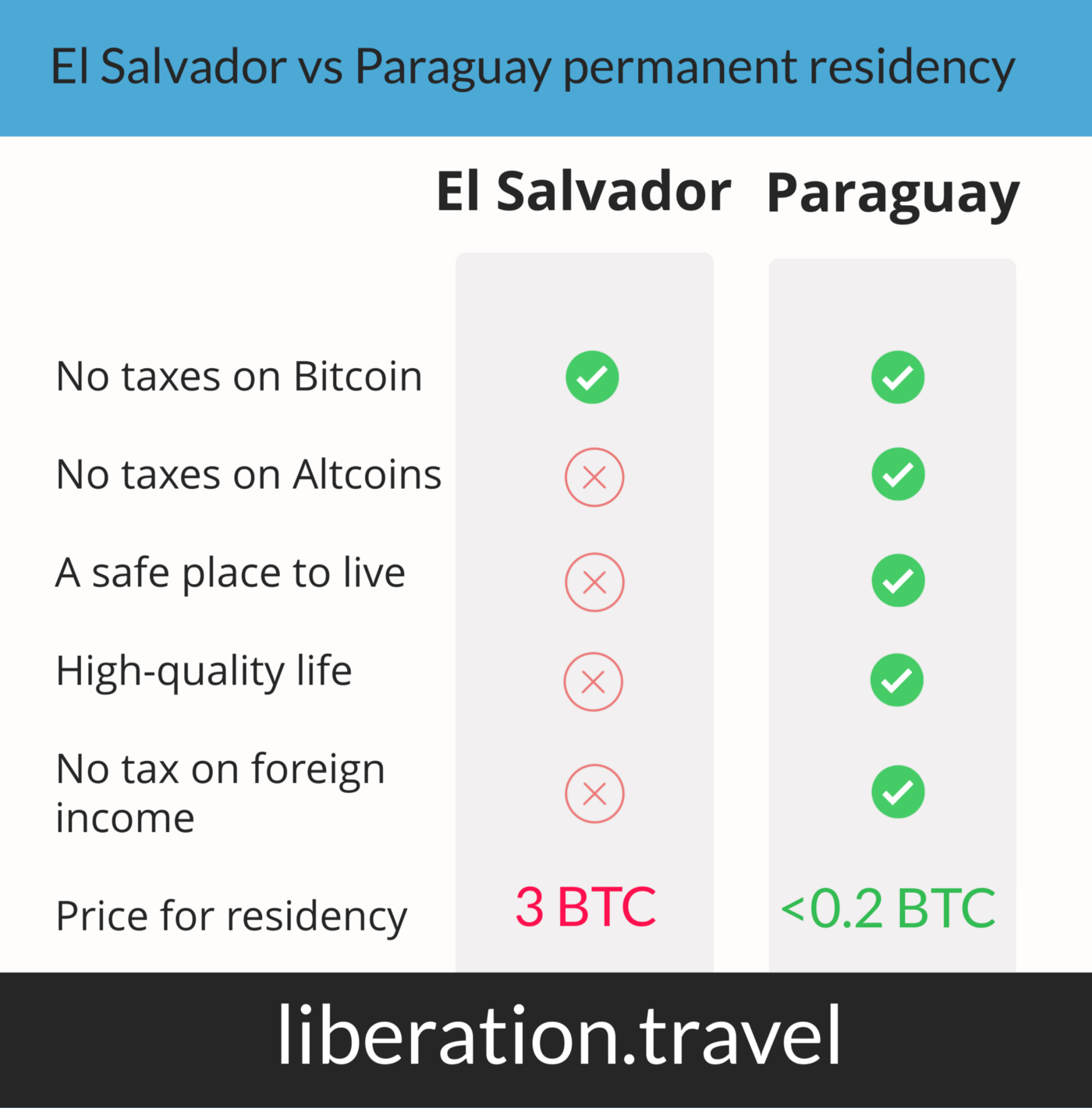 Although there are many of them (Paraguay, Panama, Costa Rica, Uruguay, Malaysia, Nicaragua, ..), it is very complicated to obtain permanent residence and tax residency in most of them. You have to own expensive real estate there (Costa Rica, Uruguay and already Panama) or carry out significant economic activity (in Uruguay, for example, having a company and employing 15 people). The situation has now worsened in Panama, where the local government has abolished the so-called “friendly visa” for EU citizens, so if you want to become a permanent resident in Panama, you either have to buy a $200k property there or be a real employee of a Panamanian company (and pay taxes and levies). It’s not enough to own it, as it was until now.

But Paraguay is still a country where you don’t need any of that to get permanent residency (neither a company, nor a bank account, nor owning or renting a property).

An independent Paraguayan politician Carlitos Rejala, has set his bitcoin laser eyes “to the moon” in his profile picture and has started talking publicly about how modern Paraguay will do what El Salvador did – go Bitcoin and cryptocurrencies friendly, and is launching a project built on Bitcoin in partnership with PayPal in the near future. Other Latin American politicians have also started similar activities – in Panama or Mexico.

Out of the large number of our Liberation.travel clients, only two have so far got in touch asking if it is possible to pay by fiat transfer. In response, I wrote to them that since we respect our clients’ privacy (from banks and the state), we do not. We only accept cryptocurrencies and prefer anonymous ones.
If you use bank accounts, your financial privacy is non-existent. In countries like Paraguay or Georgia, which have not signed the CRS (Common Reporting Standard), which is an international agreement between countries in which states agree to exchange information about their citizens’ bank accounts, the situation is slightly better. These countries do not automatically send the information that you have an account there (and with which balance) to anyone. Although this situation seems to be only temporary (Georgia wants to sign the CRS in 2023). Therefore, we can only hope that in 2023 we will be significantly less dependent on the fiat snooping system than we are now.
European “privacy” regulations like GDPR are completely useless when the biggest violator of GDPR is the state (for example, in Slovakia it is state institution NCZI, see the recent leak of personal data of 390 000 citizens) and at the same time when the biggest snooper is the Financial Administration of all EU countries).
So, if you depend on using a bank account and wish for at least a little more privacy, try opening a bank account in any country that has not signed the CRS (for example, you can open one in Georgia quite easily).

Crypto investors and entrepreneurs can also choose. And they should do it

Just in Slovakia there is 25% profit tax and 14% health levies – together 39% of your cryptocurrency profits to pay to the Slovak state, which will spend it on expired Sputnik vaccines or ineffective and overpriced antigen tests, is a fact, a very bad joke. In other EU countries the situation is similar.

If EU politicians (or tax officials) think that crypto people who are flexible and can easily change their tax residency will pay taxes in Slovakia, they are not only naive but stupid.

With these draconian taxes, the EU is losing very smart and successful people who value their productive life enough not to have to devote almost half of it to ineffective and corrupted government.

In Slovakia we have one of the worst crypto legislations in the world (only a complete ban on crypto is worse). The problem is not only that you have to pay 19% tax on profits (at the tax base up to 37163,36 EUR), otherwise 25% and another 14% health levies, so 33-39% in total.
But the fact that if you are professionally trading on multiple exchanges, doing hundreds of trades a day, thousands to tens of thousands a month, then purely technically it is virtually impossible to correctly calculate what tax you actually have to pay on that in the final. Of course, you are also obliged to pay tax on crypto-to-crypto trades if you show any profit there. And that’s not to mention the tax on interest if you stake some crypto, or if you lend some crypto to someone for interest (via some smart contact).
I don’t know of any crypto trader (and I know several) who has this technically sorted out and has fulfilled their tax obligation 100%, so defacto they are all in violation of current crypto legislation.
So if you trade crypto and don’t want to break the law, you simply can’t afford to have tax residency in Slovakia (and I mean that really honestly, without promoting Liberation.travel).

Does the state deserve a cut of your cryptocurrency profit?

1. the state has in no way helped to make you rich on cryptocurrencies. On the contrary, it has demonized cryptocurrencies and continues to do so. It regards them as pyramid games, gambling, the latest “funny games”.

It is absurd for him to claim any profit from something he does not “morally” accept.

In fact, the high value of Bitcoin is due to a broken financial system and people’s growing distrust of the newly printed billions of inflationary state money.

Bitcoin’s popularity is a reflection of state incompetence. Not its ability, for which it should get any share.

It’s akin to your past employer starting to claim a stake in your new successful company because “just because” of disagreements with him, you left him and started your own company and managed to be successful…

2. Bitcoin or other cryptocurrencies are a tool of the second decentralized paradigm of the world.

It is an oxymoron to be used to save the first centralized paradigm and the traditional financial system that states created.
Bitcoin was created so that people would be able to avoid the existing financial system and safely preserve the value of their labor.

To pay taxes on Bitcoin or other cryptocurrencies is not only to support the existing financial system, but to save it.

It is like wanting car manufacturers to involuntarily contribute to their long-gone competitors, the horse-drivers’ unions. And it is irrelevant that these unions run some charities and are therefore helping someone out of their fat income. So may the car manufacturers in the future.

Therefore, use all legal means of the free, decentralised paradigm not to support the current one – which is centralised and violent.

The Mission of Liberation.travelArticles, blog 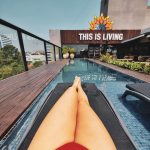 Practical tips for your trip to Asuncion, Paraguay – what to see, do, eat and tryArticles, blog